On 30th and 31st January all three Penguin Ladies National League teams headed to Manchester for the final show down of the League season.

Our three teams – 40 of us in total! -met on the Saturday evening for a dinner to celebrate the end of this season and the beginning of the new one. Well done to all who managed to make it through to this weekend, as the season has been a long one with a good few injuries. 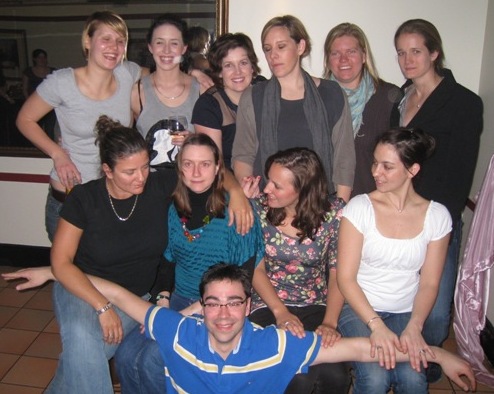 On Sunday morning our 1st team took on London rivals Otter. We started strongly and secured a 4-0 lead in the first quarter from which we went on to take the victory 9 – 5.

Only six more weeks until British Champs (20th/21st Feb 2010), where our 1st team take on the top three teams in the country – Manchester A, Liverpool A and Sheffield A.

For the Penguin B team this was the most important weekend of the season with the potential to finish in the top three of the second division (a first for Penguin B!). So there was a mix of excitment and nerves in the team, especially as our star pit player Bonnie Marcello could not play as she is now expecting a baby (congratulations Bonnie!).

Our first match on the Saturday was against Coventry. We had beaten them 10-6 in Liverpool and this game was tighter, but we secured an 8-9 victory. A win or draw in our match next day against Mid Sussex Marlins was now crucial!

We had an early start on Sunday and our other pit player Pam Campbell had to rush home when her son fell ill. Fiona Greer stepped into the position and we started the match well with a 2-1 lead over Mid Sussex Marlins after the first quarter, thanks to goals from Lis Holmes and Marta Tufet. There were no goals in the second quarter but the match became noticeably more physical as our opponents were also battling for that precious third place. In the fourth quarter both our pit defence, Alex Andrews, and our pit attack, Fiona Greer, were out of the game on three major fouls and Mid Sussex Marlins were leading by one goal with only one minute remaining. Penguin Coach Balazs Kis called a strategic time out to give final encouragement to the girls:”one attack is all it takes to bring home a victory”. With less than 30 seconds on the clock Marta Tufet lead a counter attack and an excellent pass from our goalie Katie Collins gave us front water on the defence. In their attempts to prevent our shot at goal Mid Sussex Marlins conceded a penalty. With the score at 6-7 to them, and our strongest shooter (Fiona Greer) out of play, left-handed Lis Holmes took the shot that would determine our final postition in the league.  Lis scored with a fantastic goal and we drew the match 7-7 giving us third place in the second division of the Women’s Water Polo League! 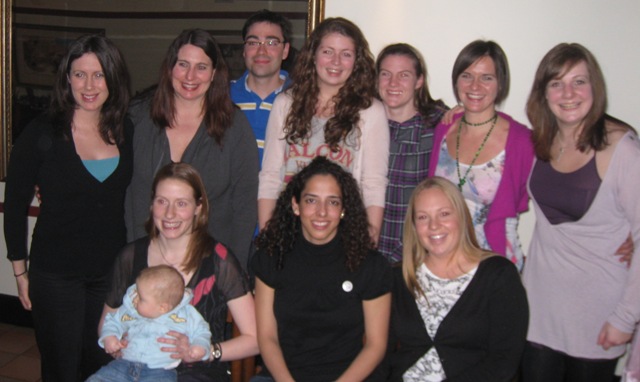 It’s been an excellent season for Penguin B; let’s aim for first place next time!

Across the weekend Penguin 3rds took on Poly and South Derby. Despite losing both games, the team played admirably and fought until the end. The improvement the 3rds have made throughout this season is absolutely outstanding.  They have a large and impressively dedicated and enthusiastic squad, and their Coach’s message to them is “When it comes to teamwork and team spirit, you are 10/10. Lack of confidence and experience is our main problem, but unfortunately you only learn playing actual games. Time will make you a better team.”