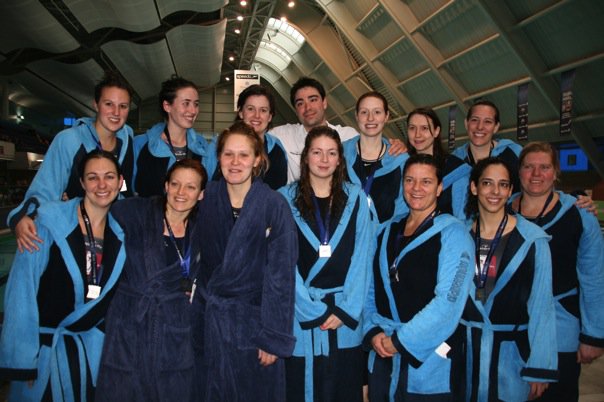 Penguin had a cracking weekend in Manchester at the British Championships, taking on the best of the best and finishing second overall.

There were a few new faces in the team as our Captain, Gloria Armstrong, was missing as were other players from our National League line-up due to injury or work commitments. Thank you to everyone who stepped in.

Our first match on Saturday was against the National League title holders and last year’s finalists, Liverpool. The game was a real thriller — with just 10 seconds remaining on the clock, Penguin leveled the score 9-9 to take the game into extra time. With only two minutes remaining in extra time we scored, securing our place in the final next day where we would take on the defending champions, Manchester.

Manchester is home to the UK’s center of excellence in water polo so we were facing a team comprising most of the GB squad players. Penguin executed the coach’s game plan to perfection and managed to shut down Manchester’s counter attack from the first quarter. The game was closely fought but Manchester secured victory by the narrowest of margins thanks to a deciding goal in the closing minutes. Final score 8-7, giving Penguin second place.

Read the match report for the final on the British Swimming website.