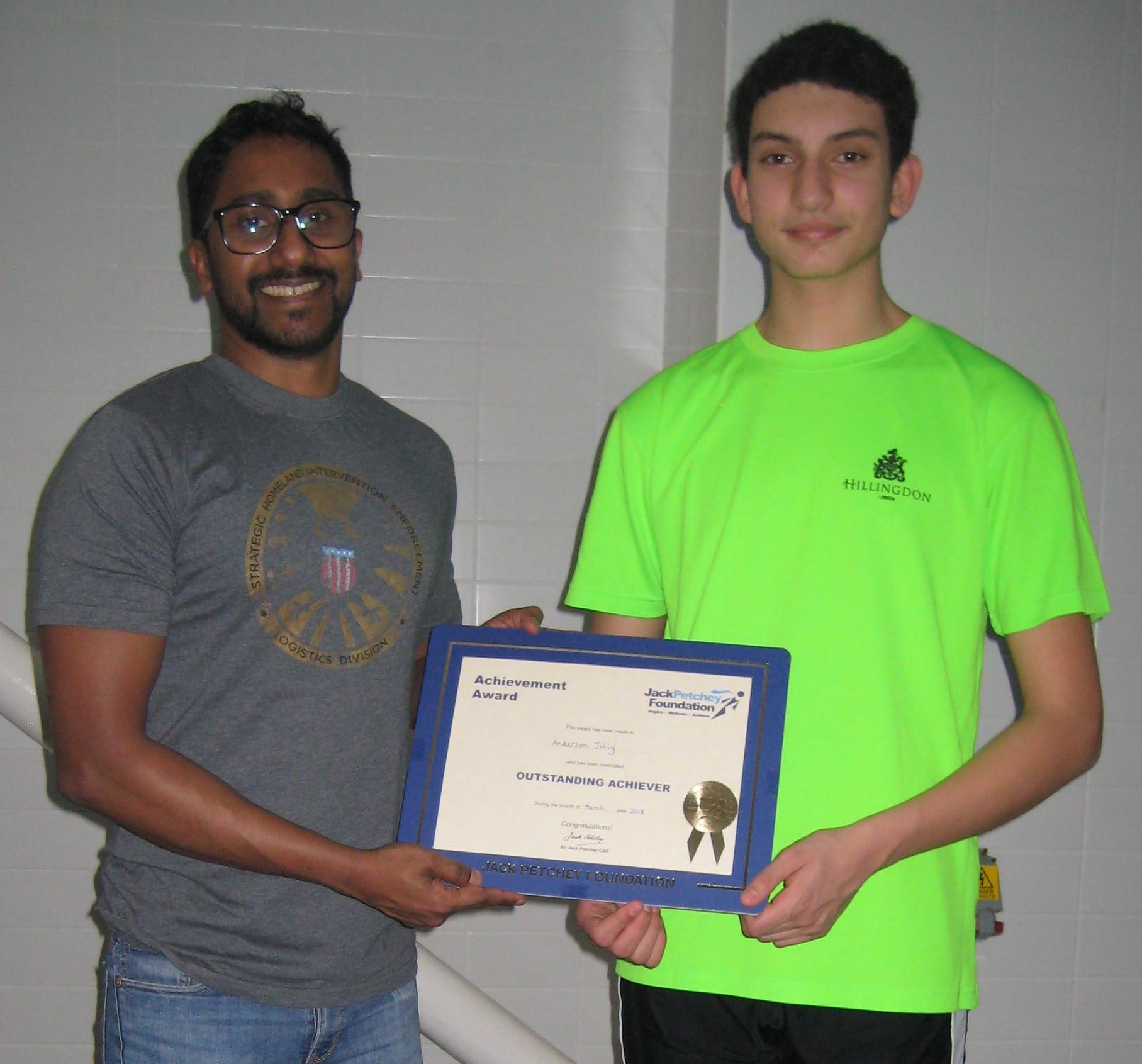 The winner of the Jack Petchey Achievement Award for March 2018 is Anderson Jolly. Why? In three words: leadership, commitment and discipline.

Anderson, who is 15, joined the Club in December 2016. He was a strong swimmer, but new to water polo. It didn’t take him long to master the basics of the game and move to the Advanced group. At our end of term fun tournaments, Anderson has captained teams to victory on four occasions, showing what a great tactician he is.

His coach, Aloka, says, “Anderson at a young age has shown great stature in the form of leadership and discipline. He is a player with huge potential who remains humble and simple yet plays the game hard.”