Our junior water polo teams from Hillingdon and Latymer were back in London League action in June.

U13s – Division 2, round 2
Building on their successes from round 1, the Blue Penguins (Latymer Penguins U13s team) won all their matches on 3 June. They now sit 5 points ahead at the top of the table.

Our Hillingdon Penguin team also played well to win one, draw one and lose two games. They now occupy third place in the table. 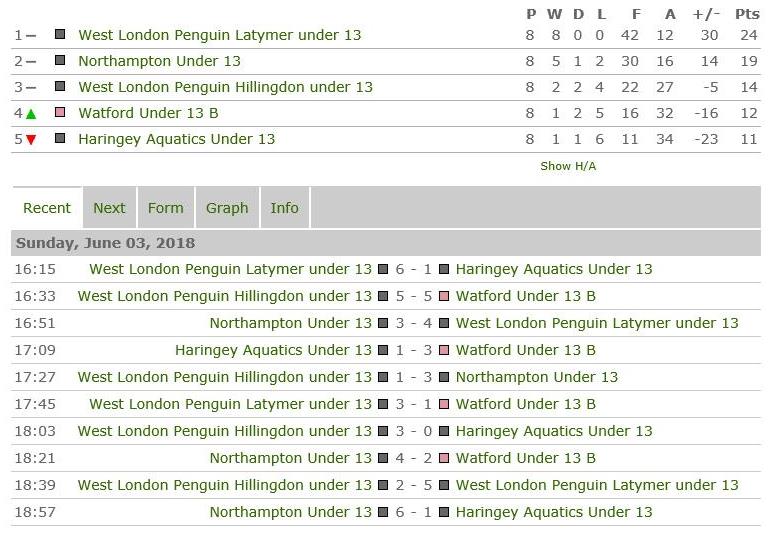 U15s – Division 2, round 2
The Emperor Penguins (Latymer Penguin U15s team) maintained their unbeaten record at the tournament on 10 June. They too sit at the top of the table and are 8 points clear.

Our Hillingdon Penguins, played hard but were not as strong as their opponents. They now hold third place overall, matching Northampton on points but behind on goal difference. 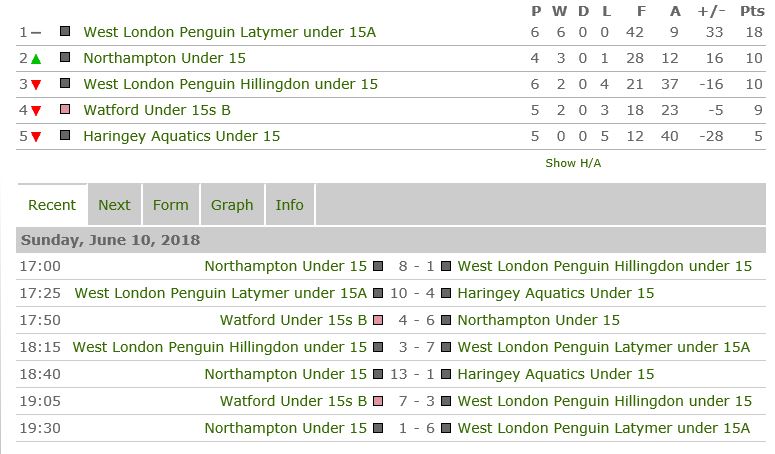 Round 3
These junior Penguin teams will play next in September when the Blue Penguins and Emperor Penguins will be seeking promotion into Division 1 for the winter league.