Prior to moving to London to study physiotherapy in 1994, my sporting focus had always been basketball and a bit of swimming to mix things up. Well, except for summer holidays when I was lucky enough to find a holiday resort with ‘water polo’ or ‘water basketball’ on offer – I felt like I was in my element.

The University of London Union was where I tried water polo proper for the first time. I remember it well, especially the horrified facial expression of coach Jerome Read when, having no idea of the rules, I grabbed the ball with two hands and curled myself around it. Fortunately, it wasn’t long before I had the knack of eggbeater leg kick, a better understanding of the rules, and I was invited to join the Penguin Club.

I played with Penguin for just over ten years. It was a time that helped me grow as a person, learn life skills (and lessons), and make some incredible friendships with people from all over the world, many of whom I consider close friends even now, 16 years later. Most importantly I learnt my capacity (or lack of) to consume alcoholic beverages.

I was baffled when I was elected to be captain of the Penguin women’s water polo team in 1998 but figured if someone else thought I could do it, then I would give it a go. For four years I rallied the troops for games, led discussions on who was to be the next coach, delegated a lot, and introduced George I  – the inflatable penguin and women’s team mascot. I was proud to be part of a team of strong women who were committed to not only having fun whilst keeping fit, but also to becoming integral to running the Club, particularly with the likes of Helen Nicholson, Manda Hackett, Sally Woolhouse-Read and Charlie Parkinson.

From 2001 I joined the Great Britain Water Polo Squad. The extra water polo commitments, Penguins and my physio career juggle eventually became too much, and I was happy to hand over the captaincy to Fiona Greer, who has gone on to do so much more for the Club than just lead a team of women.

In late 2004 , after having had the opportunity to play at various European and World Championships, I decided I should probably try getting my life back and focusing on my physio career.

In January 2005 I played my last game for Penguin and enjoyed a legendary send off party (did I ever say thank you for that Charlie and team?) and set off to make the most of sleeping on ex-Penguin players’ couches in New Zealand and Australia, before settling in Brisbane to do some post-grad study in sports physio.

My contact with water polo became less, but there was always a Penguin linked to it, and being physio for the British team at the Commonwealth Games in Perth, with Jerome Read as part of the coaching team once again, felt like an appropriate ending to my career in water polo.

16 years on and living in South Australia, I still have close friends some of whom live just down the road, who are ex-Penguins, or know someone who was a Penguin. Lets face it, Penguins are awesome, and awesome people know awesome people… 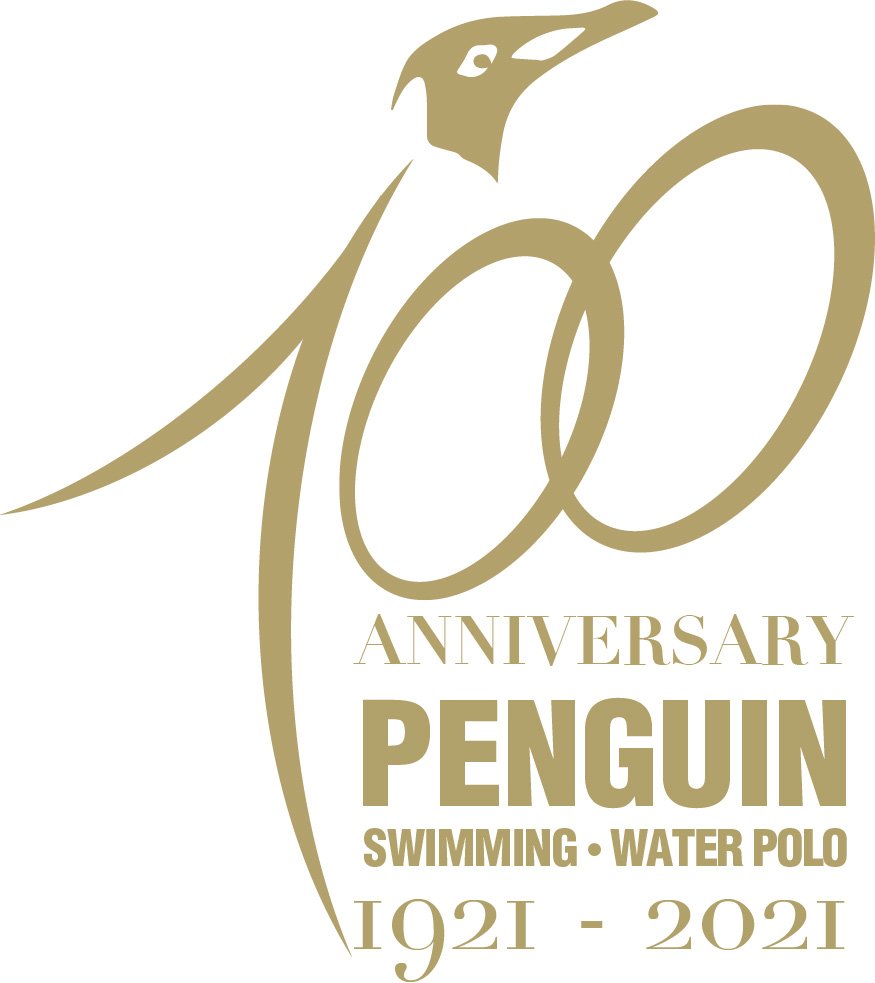 This article is part of our Penguin 100 Stories, a series from Penguins past and present, recording what being a member of our Club means to them as we celebrate the Club’s centenary.

It’s been along wait, but now that COVID restrictions have eased, we’ve  been able to make our Ron Turner Memorial Trophy presentations for 2020 winners. 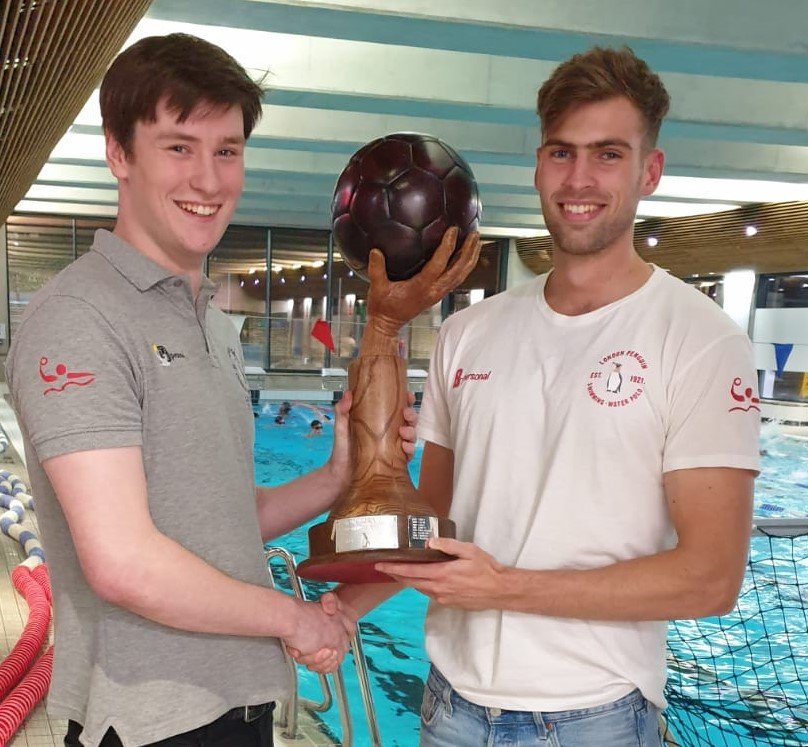 Receiving the award Elliot said, ‘It’s an honour to be presented with the Ron Turner Memorial Trophy. Despite a difficult year, I enjoyed supporting the development of Penguin’s younger players. I look forward to seeing the Club succeed in the coming years, particularly with younger juniors coming through and the hard work of our coaches.’

Alongside the main Trophy, Elliot received a glass memento to keep. 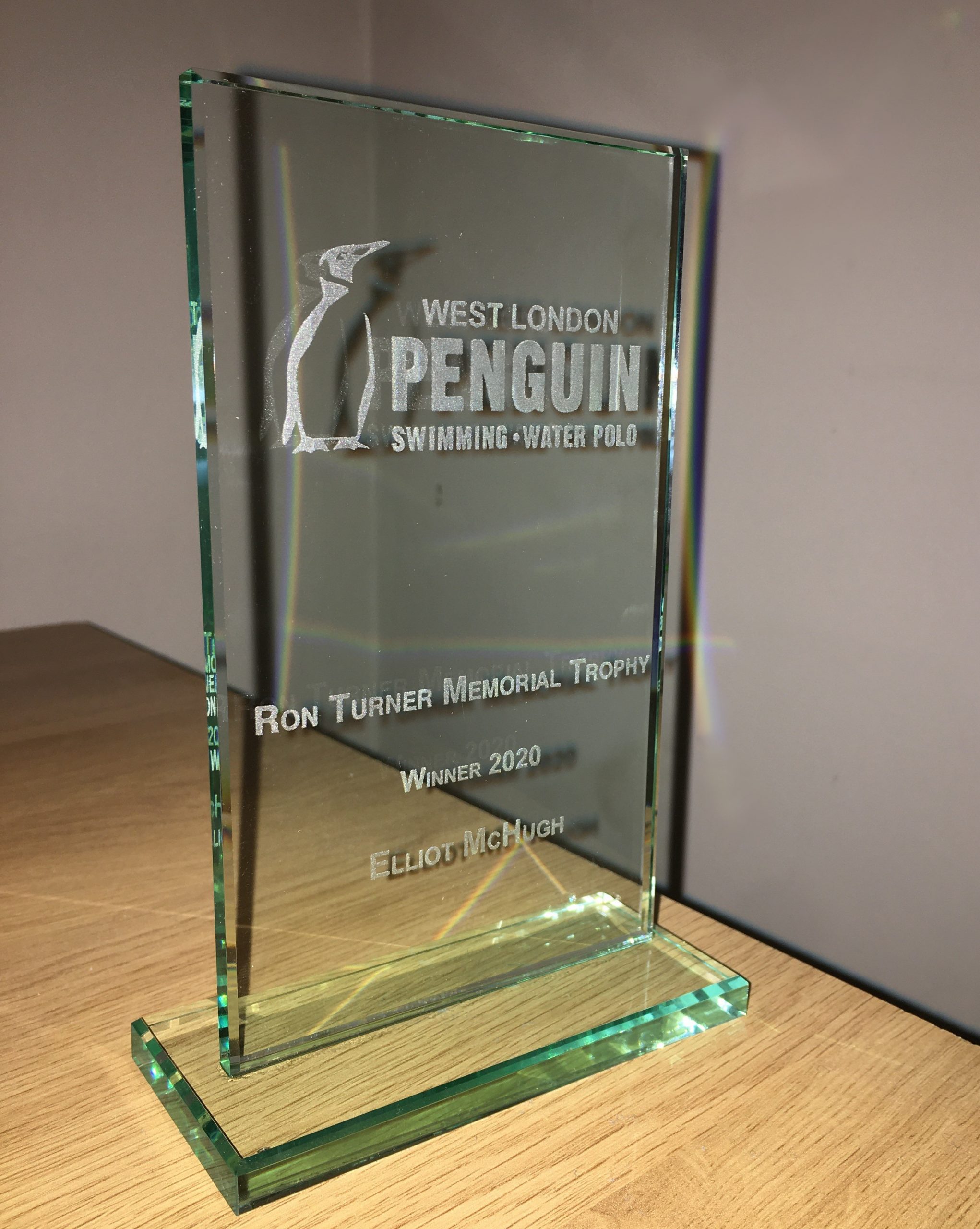 Read Elliot’s story about his time with Penguin.

Olly Castell was awarded Highly Commended for the 2020 award, and received his certificate from coach Shaun Hill at a Hillingdon training session. 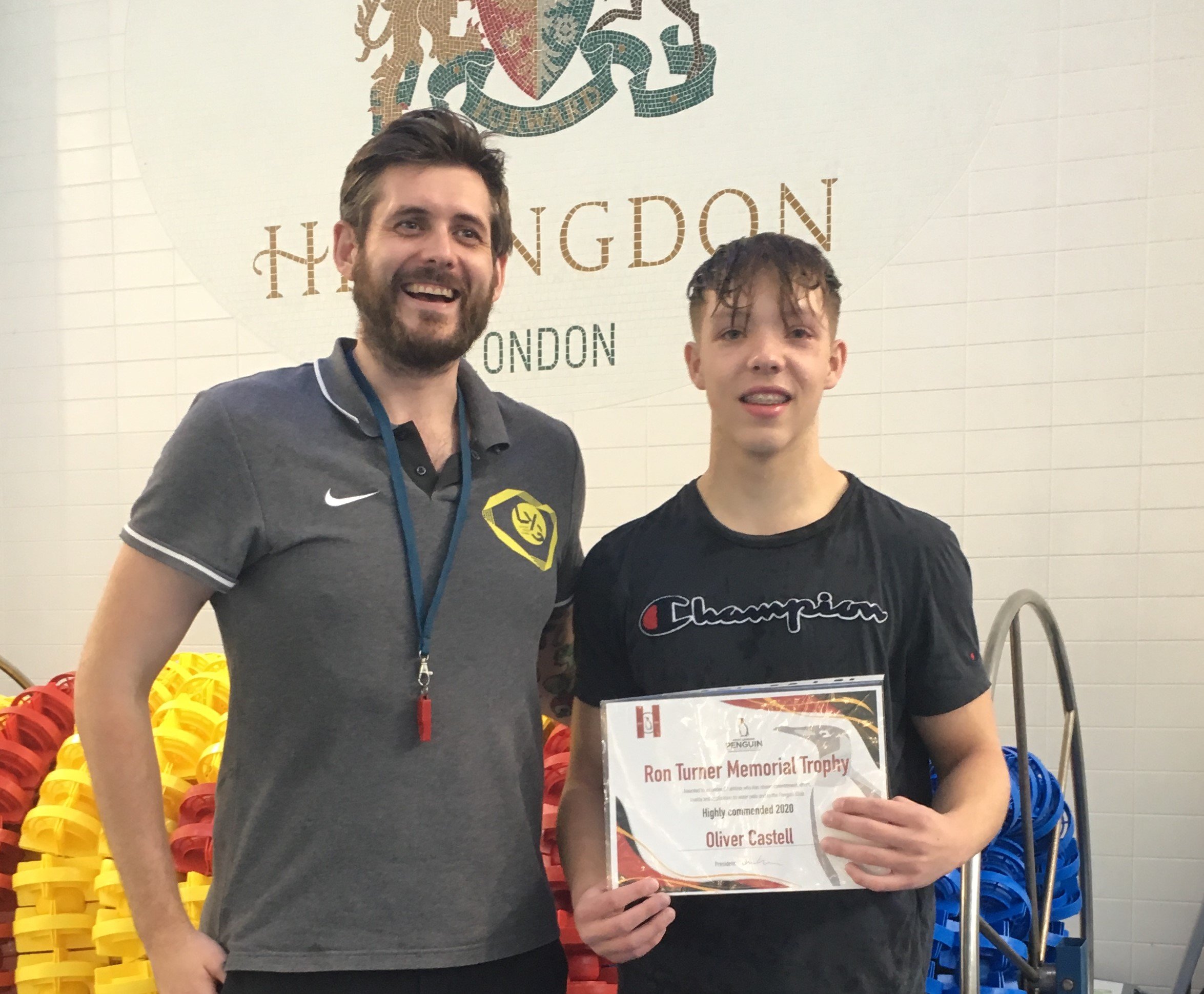 Read Olly’s story about his time with Penguin.

Ron’s widow, Gill, who was unable to present the awards this year, said, ‘Ron would have been so proud of these young men.’

In the Hillingdon Penguin junior water polo section of the Club we are fortunate to have some amazing children and supportive families.

Here we tell you about three players in particular who have shone over the past year and gained awards. And this is the time of year where we say good bye to a group of older players as they leave to go to university.

Bailey Sapsed winner of the Jack Petchey Award for November 2020 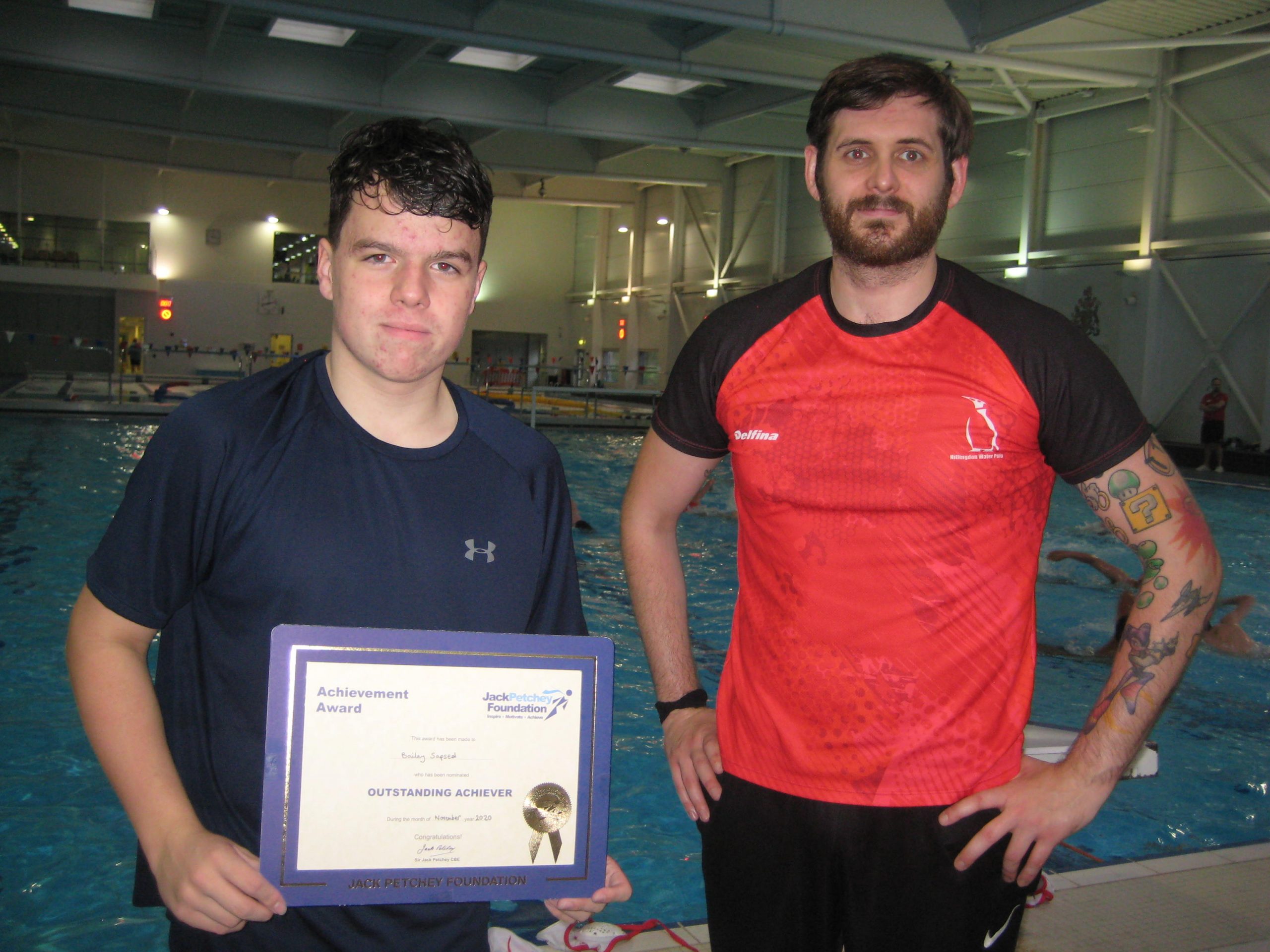 In the words of coach Shaun Hill, ‘Bailey has been training with Hillingdon Penguins for three years and in this time I have seen him go from a good swimmer and transform into a great player. Bailey plays and trains with pure passion, he has a real love for the sport. I have yet to hear Bailey complain at training in all the years he’s been at the Club. Bailey has amazing attributes which make him a key team member, his determination will ensure he performs to his fullest until the last whistle of a match and while determined, he is humble, always ready to absorb information from coaches and peers. I feel honoured to have a player of Bailey’s character in the Club.’

Dan Usher winner of the Jack Petchey Award for March 2021 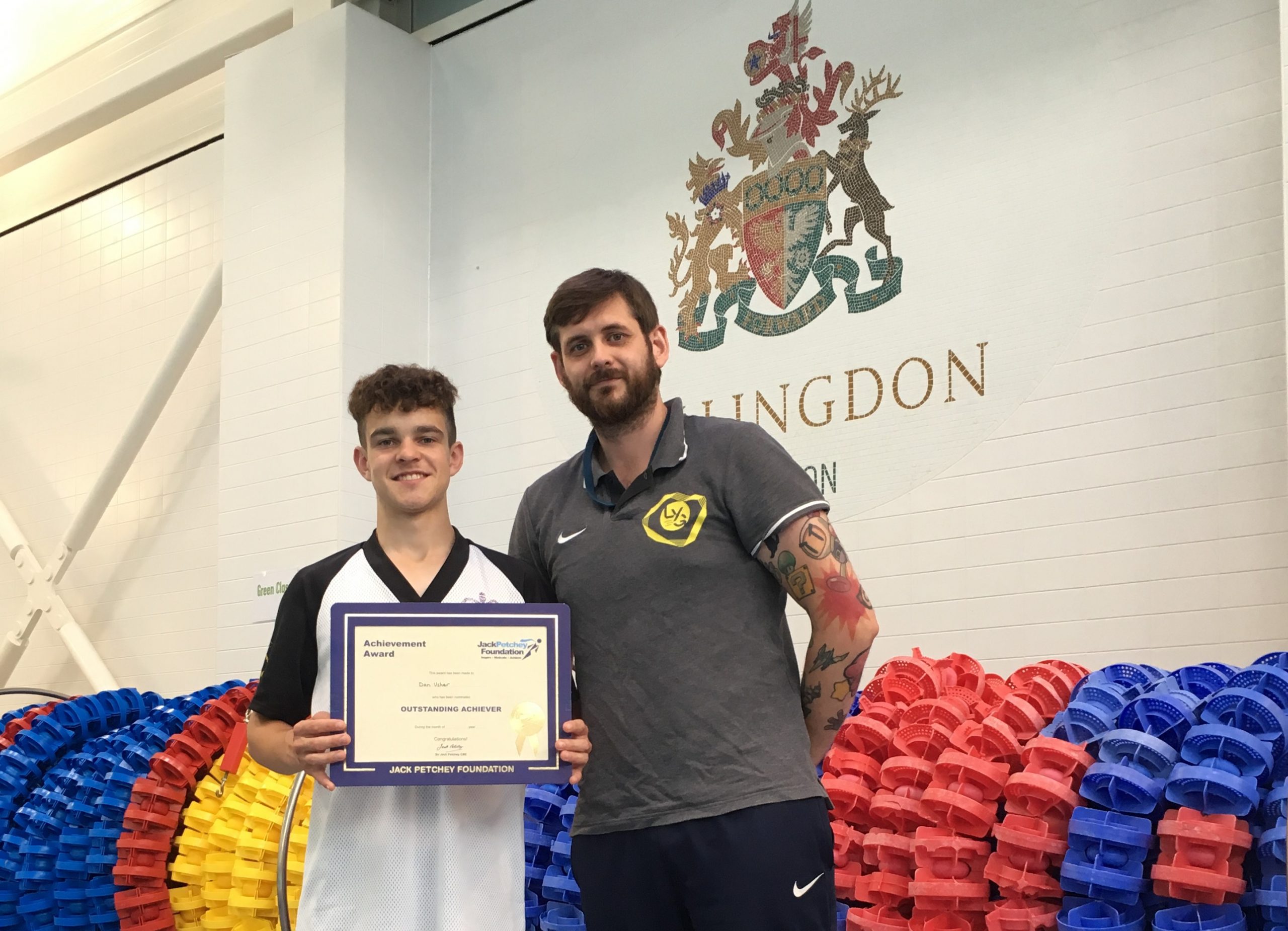 Dan has been a Penguin for five years. During this time his water polo and overall fitness level has improved hugely. He is a regular and popular participant. During lockdown his fitness regime was impressive, he even persuaded his family to join in the strength and conditioning too over Zoom. Recently he has blossomed as a player. Loyal and charismatic, he’s now a versatile athlete able to play in any position.

Ukendar Vadivel winner of the Jack Petchey Award for June 2021 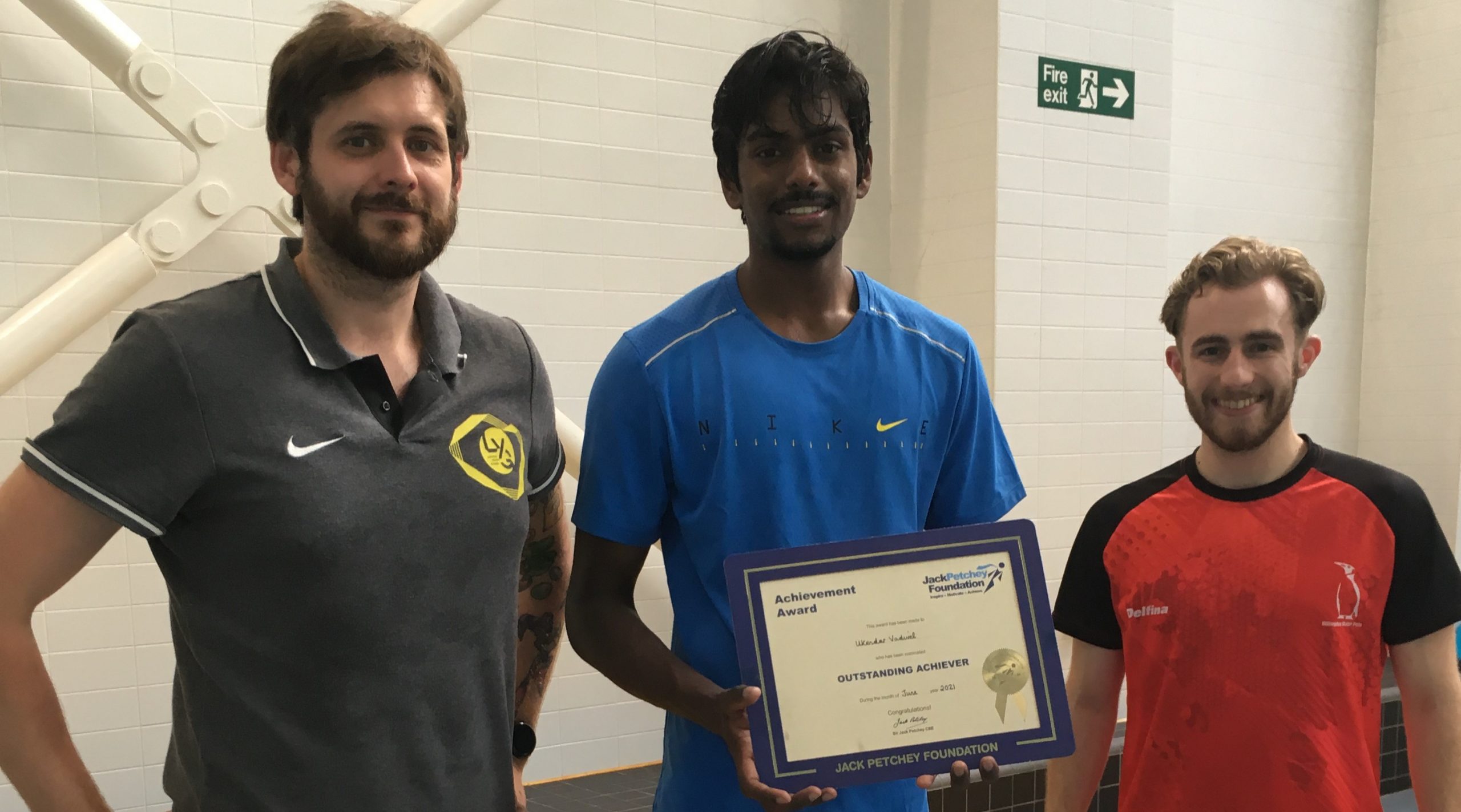 Ukendar loves playing water polo and his favourite position is in goal. He is universally adored. Always friendly and relaxed but puts the max into this sport. When asked after a session, how it was he will reply ‘Excellent!’ with a big grin. Leaving us to go to university he is irreplacable, both in attitude and skill, and he will be missed for all the right reasons. Good luck Ukendar – Imperial College’s gain is our loss. We hope you will continue to play at uni, but you will always be part of the Hillingdon Penguin family.

Moving On
Good luck to all the Hillingdon players leaving us to go to university: Ukendar, Molly, Sarah, Anderson and Leah. We will miss you hugely. You’ve all been a tremendous support and inspiration to the younger players. Have an amazing time, come back and play in our end of term fun tournament and tell us about all your new experiences. We know you will be hoping to join water polo clubs at university and we will be following social media to see how you get on.

Waiting for the start it was cold, raining and windy and the sea was pretty choppy.  Even though the event was timed to coincide with the slack tide, it promised to be a challenging swim. But the buzz of all the swimmers gathered on the beach made for a great atmosphere.

Everyone was surprised by how warm the water felt getting in.

The outward leg was into the wind and made for slow progress but everyone found their rhythm and settled into their stroke to battle through the waves. The way back benefited from the tail wind, although the turning incoming tide made it interesting trying to hold a good line without being push ashore!

This was a well organised, friendly and well-priced event and there was agreement all round to do it again next year.

Afterwards the skies cleared and Team Penguin made the most of the warm, sunny afternoon with well-deserved fish and chips, and gelato in nearby Whitstable.