The London Water Polo League has named their new primary junior water polo trophy in memory of Ron Turner. Ron was a much-loved Penguin who was highly respected for his skills and achievements during his playing career and for his life-long nurturing of youngsters coming into the game. His memory remains very dear to our Club.

The Ron Turner Memorial Cup will be presented to each of the winning junior teams in the London League for their photos and memories, with the individual players receiving a separate medal as a keepsake. The trophy ‘lives’ at Whitgift pool and is available at the conclusion of each junior competition.

Gill Turner, Ron’s widow and still very much an active member of Penguin with our masters swimmers, says she is delighted to see Ron honoured in this way.

A fantastic recognition of Ron’s passion for the junior development of our sport.

The winner of the Club’s Jack Petchey Award for July 2019 is Dan Murphy.

Alongside Dan’s quiet and considerate character, he is well-disciplined and trains hard so it’s no surprise that his water polo has improved greatly in the two years since he joined the Club. He is a great asset to the Hillingdon Juniors team.

Dan couldn’t attend our awards ceremony at the End of  Summer Term Fun Tournament so we surprised him by making the presentation at the London Aquatic Centre during the Otter 150th Celebration event (blog post to follow). It was a suitably prestigious venue for receiving the award!

The grant from the Jack Petchey Foundation has been used to establish new Club Awards so that we can recognise the achievements of our junior water polo players. We have three new trophies to be awarded annually, one for each age group. We also have two Most Valuable Player trophies which will be awarded at tournaments, and twelve medals. As you can read in a previous post, these went down well at our recent prize giving.

The winner of the Jack Petchey Award for March 2019 is Georgia Mouratidi.

Georgia is a key member of the Club who has trained with us for five years. She is a hugely valuable player as she competes with intelligence and has the depth of experience to perform well in every position. This unselfish approach and flexibility allows the team to perform better. On the rare occasions when Georgia cannot come to a tournament, the coach despairs because her absence has such a big impact.

‘Charlie is and always has been a team player. While being a good attacking player he is also a good defensive player and many a time I have seen him in games gasping for breath, being tired but yet chasing down players on defence just to help the team save a goal. He is also hard on himself and has the qualities of a hard working young player and always looks to improve himself. He does not stick to one position but jumps in goal when needed – always a ‘team first’ attitude. He always asks on areas that he can improve and when he needs guidance.‘

Michaelangelo Tritto said he was proud and honoured to make the award with the support of Anderson Jolly. 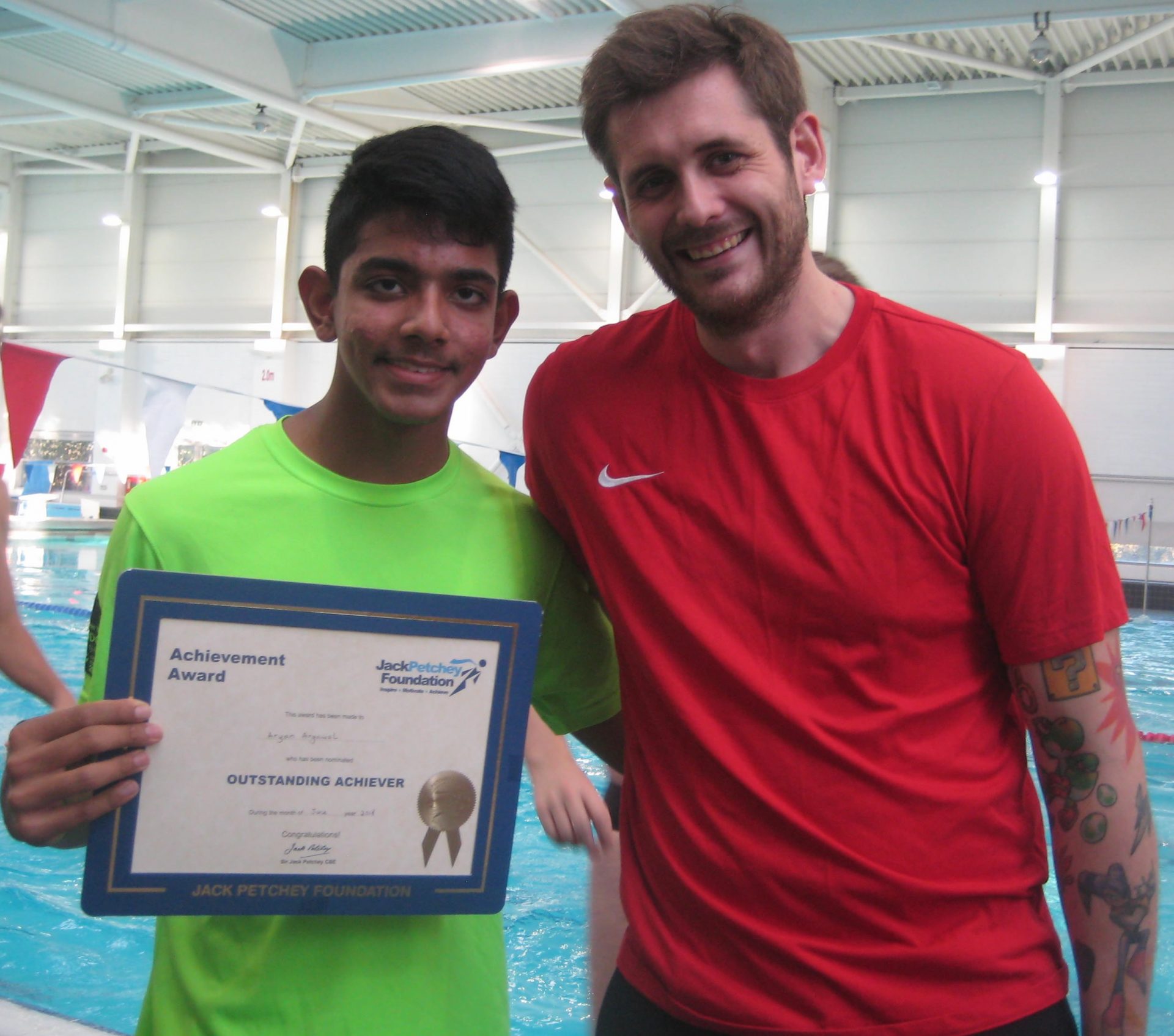