We are sad to say goodbye to John ‘Shakey’ Lake who passed away on Sunday 14 March 2021.

Shakey was one of the most popular of our members ever.

As a teenager, he started his water polo career with Sutton and Cheam but very soon moved to Penguin. He remained a member for over 60 years during which time he served as Club Captain and as President. His contribution to the Club as a swimmer, player, coach, and Committee member was exceptional and, in recognition of this, he was elected as a Life Member.

Shakey became known throughout the swimming and water polo world not only for his skill as a coach but also for his very likeable personality. He was an excellent raconteur and always fun to be with and played a major role in solidifying the Club through challenging times.

As a masters swimmer Shakey was a European backstroke champion and record holder. Even at the age of 80, he was a very energetic, dedicated, passionate, and inspiring coach.

RIP Shakey. You will not be forgotten and we send our love to Joan and your family.

Please share your memories and photos of Shakey via this link: https://www.kudoboard.com/boards/p5SHA1uj

Nilo joined Penguin in the 1970s and, while his son played in our junior team, Nilo was a first class goalkeeper and mainstay for our men’s second water polo team. His fellow teammates recall that he was very well-liked, always dependable, generous and kind to all.

Nilo was Club Captain in 1984, and won the Rob Derbyshire Trophy in 1991 and 2006 in recognition of the credit he had brought to the Club.

Nilo served on the Penguin Committee for many years with a stint as Club Treasurer from 2009-12.

Even when he moved to Devon in 2012 he retained his connection with the Club as the Auditor for our accounts until the start of this year. He was a Penguin Vice President and Life Member.

Our condolences to Nilo’s partner Ruth and his family.

I remember swimming twice a week at first. I had been to the pool with my school and heard about the club. It was the late 1970s and had not long become the Penguins (formerly the Hammersmith Ladies SC) and I recall that it grew very quickly.

The annual club championships were hotly contested at several age groups. With my parents helping to run things, I can remember our house being full of the various trophies and medals before the event.

The first coaches I can remember were Mr Graham and his daughter Karen and Mr Street. Some time after Jim Marjoram started and my dad started helping out poolside too.

Gala time was great fun; imagine now, a  minivan full of children zipping around London to various events with not a seat belt in sight. We were a noisy team and loved supporting each other from the poolside. At this point we had club costumes and, I think,  club bags.

We also got very excited for the end of year disco held in a local school hall.

The Club developed further as we got older. Jim introduced land conditioning sessions and a few of us went to the Queen Mother pool in Victoria to train with Otter SC.

As time passed many of the juniors left, either giving up swimming as a sport or, like myself, to go on to further education. For me it was the end of that chapter with Penguins, but not the end of my story as I later returned as a masters swimmer for many years.

Occasionally people contact us out of the blue to share stories about the Club. We were thrilled to hear from Mary Woodward this week… 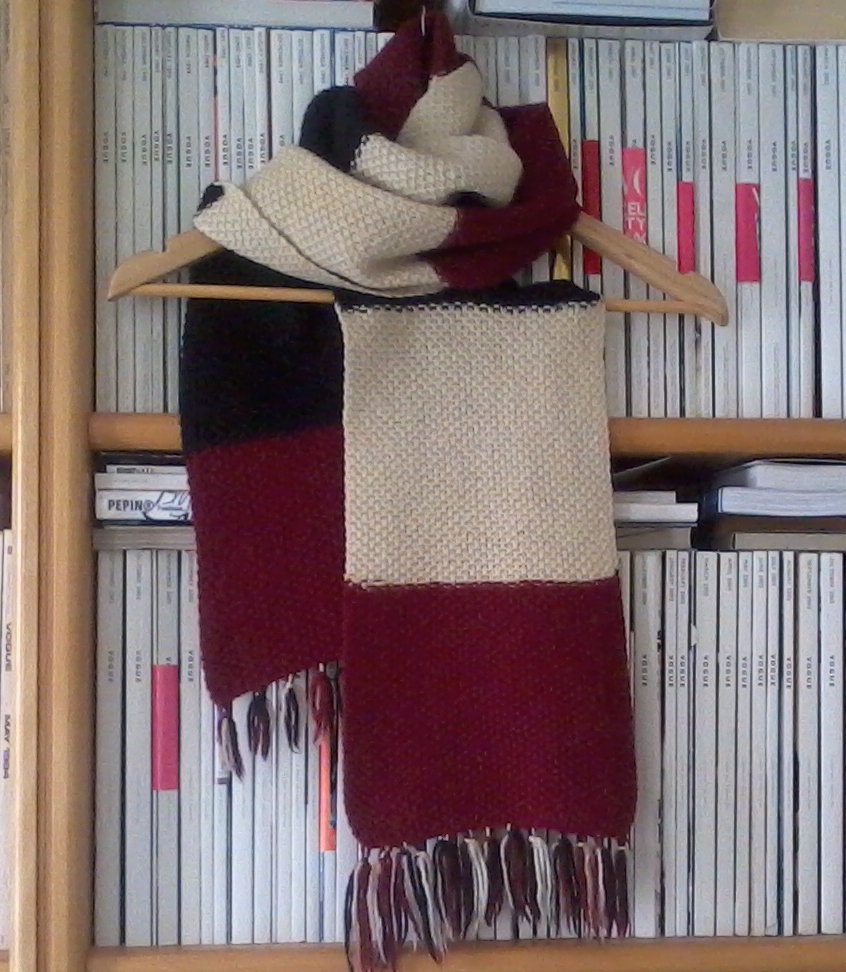 “My grandparents were Welsh and moved  to live in Shepherd’s Bush in the 1920s. My granddad was a policeman and their two sons – Jim, my dad, and George – were both good swimmers in the Penguin club.

I think my grandmother knitted this scarf in club colours in 1934 or 5 when my dad was about 18. It is beautifully knitted and I do sometimes wear it.

Dad is in one of your pictures – the coach outing from Lime Grove one (9th along from the left, smoking!).

We lived in Lime Grove ’til 1953 and then moved out of London. I can remember going to galas at Lime Grove Baths though, and have photos of dad diving (very blurry). My nephew has all his medals.

Dad often talked about the club. He had a friend there who played water polo for GB in the 1936 Berlin Olympics.

I’d guess there was a commercially produced club scarf but my nan, being a great needlewoman, could not resist knitting them for her boys herself.” 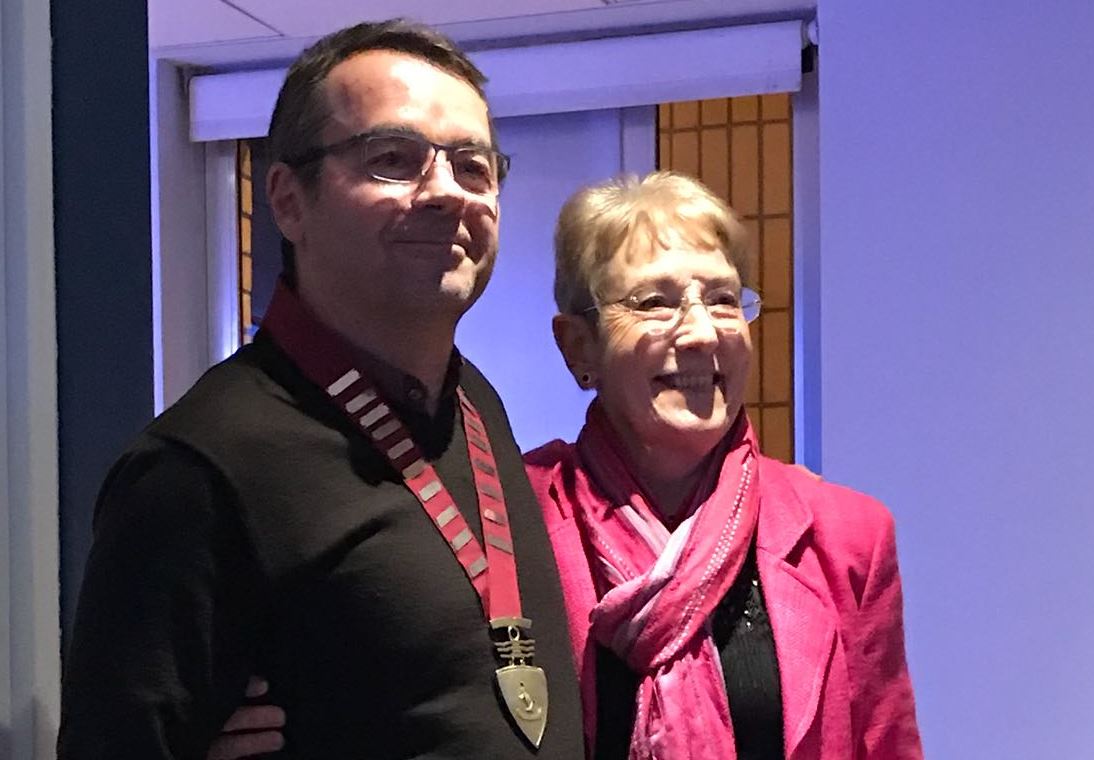 Meet our new President, Louis Lemieux, who was voted in at the Club AGM this week.

Outgoing President, Gill Turner, handed over the chain of office and wished Louis all the best for his tenure.

A big thank you to Gill for her work as President over the past three years.