I was lucky enough to have snagged a spot in Henley Swim’s Thames Marathon on 14 of August 2022. It was a cloudless, gorgeous sunrise as I pulled into Marlow for the race packet pick-up and coach transfer from the event village to the start.

Wetsuits were, thanks to the heat wave, made optional, but I stayed in mine for buoyancy and sun protection more than anything else!

The swim stretched along a beautiful part of the Thames from Henley to Marlow. I certainly wasn’t bored while swimming: there were gorgeous homes, grazing livestock, people walking along the river, and houseboats to keep me entertained. With three locks to cross on foot (with amazingly stocked fuel stations at each one!), the swim flew by. I said to some cows as I paddled along, “This might be the best way to spend a warm Sunday in August.”

Spectators were able to join at the final lock, about 1,800m from the finish, and walk alongside the river the rest of the way. It was so festive and a great moral boost.

The finish line was upbeat and full of great food options and the ever-important medal and t-shirt.

For anyone curious about the swim, both distances sell out early – I booked my spot last year in January. The first wave starts around 7am, so you will need to spend the night in Marlow the night before if you are relying on public transport to get you there.

I did most of my training in the pool mixed in with open water sessions at West Reservoir Centre. My goal was to swim at least the marathon distance in total each week, and this made the actual swim more than doable.

I swam to raise money for Swim Tayka, a charity that holds learn-to-swim and water awareness lessons in disadvantaged communities around the world.

On Sunday 17 July 2022 a posse of Penguin masters swimmers returned to Herne Bay for the annual Active Life Pier to Pier swim, this year joined by some of our water polo girls.

In contrast to the grey skies and cold wind that dominated the swim last summer, it was cloudless sunshine all the way this time.

We had swimmers in all three distances – 750m, 1,5k and 3k – and we rounded things off with fish and chips on the beach afterwards. (And we may have snuck in some ice creams too!)

What a fab day! 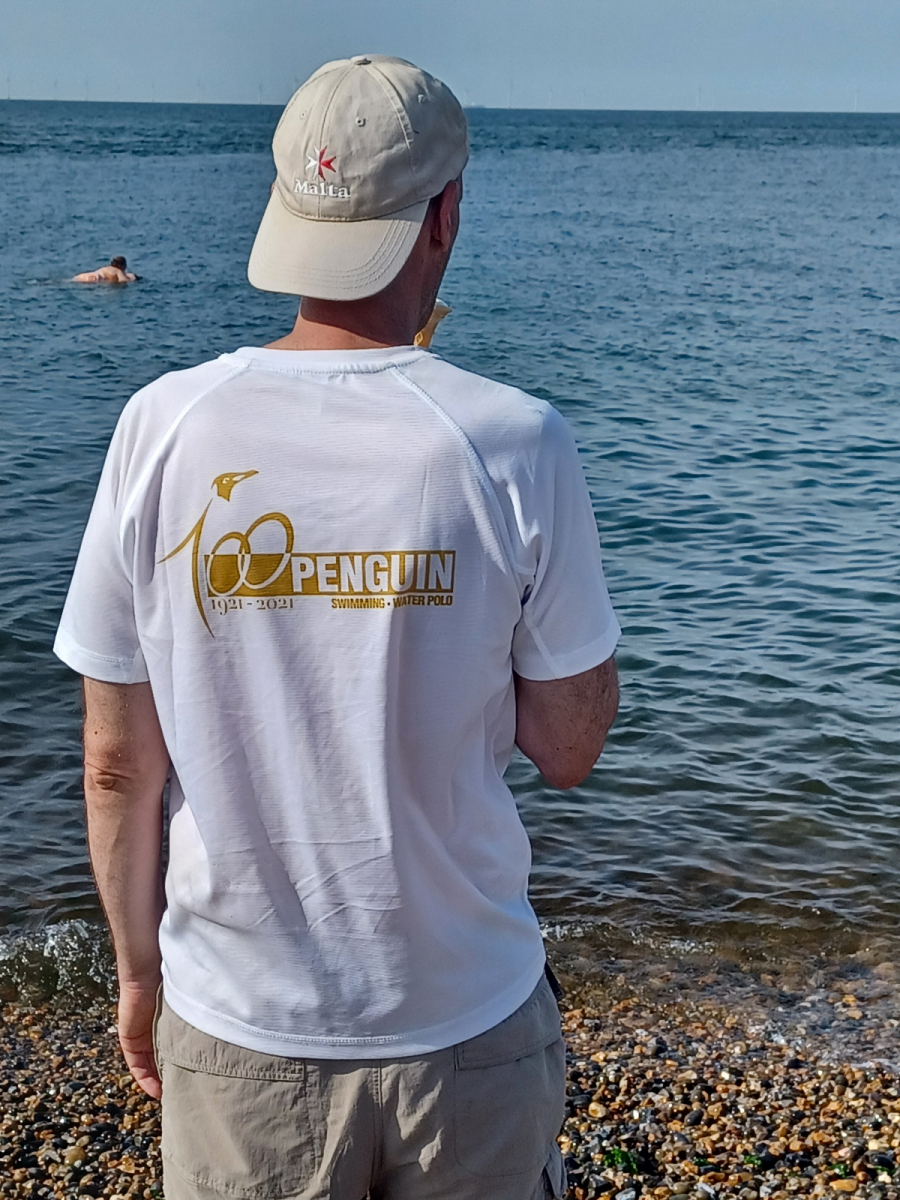 Find out more about the Active Life Pier to Pier swim.

The bank holiday on Monday 29 August meant there was no pool training so a posse of Penguin masters swimmers headed to Divers Cove in Surrey for an open water swim instead.

This was new venue for all of us, and it’s an impressive set-up with two courses – 650m and 450m – changing rooms, toilets, hot tubs and saunas. It’s also a glorious setting for a swim in the early evening sun.

The Divers Cove website gave the water temperature as 24.6C, the board at reception said 21.6C but in reality it was cooler still. We were mostly without wetsuits and while penguins (the birds) are hardy creatures, Sarah’s lips were turning blue by the time she’d swum two laps!

Everyone else tolerated the chilly water more comfortably and, with laps completed, took advantage of the raised observation deck for some good old-fashioned jumping in. Never too old to make a splash!

Find out more about swimming at Divers Cove.

Waiting for the start it was cold, raining and windy and the sea was pretty choppy.  Even though the event was timed to coincide with the slack tide, it promised to be a challenging swim. But the buzz of all the swimmers gathered on the beach made for a great atmosphere.

Everyone was surprised by how warm the water felt getting in.

The outward leg was into the wind and made for slow progress but everyone found their rhythm and settled into their stroke to battle through the waves. The way back benefited from the tail wind, although the turning incoming tide made it interesting trying to hold a good line without being push ashore!

This was a well organised, friendly and well-priced event and there was agreement all round to do it again next year.

Afterwards the skies cleared and Team Penguin made the most of the warm, sunny afternoon with well-deserved fish and chips, and gelato in nearby Whitstable.