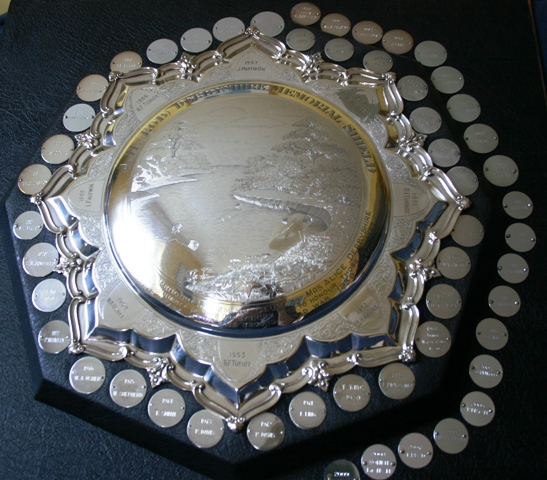 The JH (Rob) Derbyshire Memorial Shield was presented to the Penguin Swimming Club in about 1949 or 1950 by Mrs Alice Derbyshire to perpetuate the memory of her husband “Rob” Derbyshire and to honour those members of Penguin who gave their lives during the Second World War.

The trophy was originally called the Hugh Oldham Shield. It was made by Wm Batty and Sons, Silversmiths in Manchester and Liverpool.

Since 1950 this award has been presented annually to the Penguin member who, in the opinion of the Committee, has brought the most credit to the Club during the year.

Current and past winners: