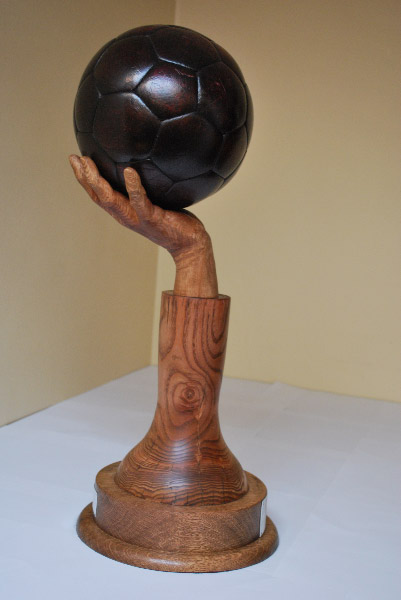 Ron Turner was a longstanding and inspirational member of Penguin.

The Ron Turner Memorial Trophy is awarded annually to an under-21 member of the Club who is considered to have best shown the qualities that Ron would have admired: commitment, effort, loyalty and application to the sport of water polo and to Penguin.

The Trophy itself is an antique leather water polo ball mounted on a hand carved from wood. It was funded through donations made by Ron’s friends in the Club.

The Club’s Committee decides the recipient based on nominations from members and coaches.